A downloadable game for Windows

ROTii is an upcoming puzzle/platformer game with a tiny hero, but huge charm. The first game developed by DarkShot Studios, the game follows the adventures of our protagonist, ROTii; a 4 inch-tall cleaning robot who is programmed to clean germs and eradicate bugs! Its creator, the brilliant, yet lazy Dr. Nida has armed ROTii with the mighty Vac-Pack, a high-powered vacuum backpack that can suck up objects and spit them out at high speeds. ROTii is truly a product essential for any modern household!

At least it would be…if Nida wasn't under siege from her mildly annoying rival, the bug scientist, Dr. Nano. The “evil" doctor has created an army of mutated bugs call the Bite Mites, and now they have invested Nida's house! Given Nida's hatred of bugs, ROTii must pick up the slack and clean house…before they corrupt her secret lab!

ROTii's epic adventure begins on the counter of Nida's kitchen. Our adorable genius has just finished putting the finishing touches on the prototype for a new revolutionary new cleaning appliance (that's you!). ROTii is both a tool to improve the lives of many, and a way for Nida to justify her overpaying job. But for every good, there is a mildly annoying, self-proclaimed rival, and Nida has Dr. Nano for that.

We see our villain spying on Nida and ROTii's moment, jealous of her growing popularity. Nano has just finished work on a collection of terrifying new mutant insects called the “Bite Mites". Curious to know the secret of Nida's inventions, Nano unleashes hundreds of bugs into Nida's house, hoping to use the distraction to find a way into her secret lab.

While rushed, the plan proves to be effective, as Nida can't be bothered to deal with bugs. Luckily, she has this brand-new robot designed to do things that would be a little bit of an inconvenience for humans! Go! ROTii!

In ROTii, each of the levels is something of an obstacle course within one of Nida's rooms. Objects, enemies, and traps stand between ROTii and the exit, and the player must use their mighty vacuum cleaning to get through them all. By using it, ROTii can push and pull heavy items to create new paths. The vacuum is also capable of sucking in certain enemies and objects, then spitting them out as high speed projectiles.

The puzzles are made up of ordinary objects found in Nida's ordinary home. The player must think about old concepts in a new light to make it to the end. All the while, Bite Mites are chasing you, shooting at you, or even trying to crush you.

ROTii will have nearly 20 environments to explore, as well as some epic and giant boss battles. There are also secret items and unlockables for the truly skilled gamer.

If any of this sounds interesting, you can try a few levels of ROTii in the demo on tihs page. There will still be a few elements we plan to touch up on for the final game, so it will only get better from here. We're eyeing a Spring 2017 release window for ROTii.

In order to download this game you must purchase it at or above the minimum price of $1 USD. You will get access to the following files: 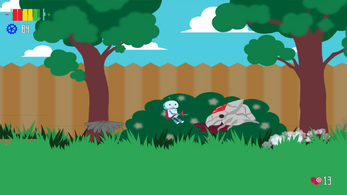 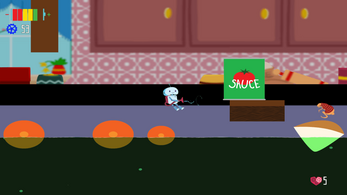 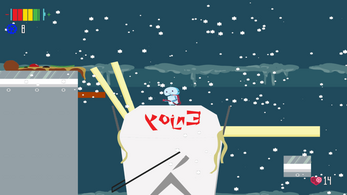 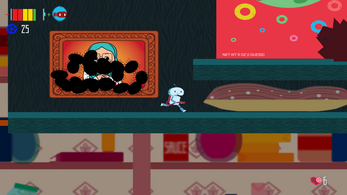 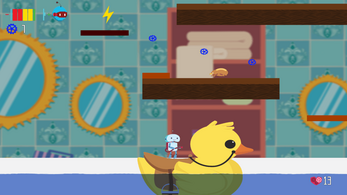